Two Shows: 7pm & 9:30pm. The group's stage equipment was sent to San Francisco from their show in Ontario, Canada the night before, in preparation for their dates at Winterland. On this night in Kansas City, they played with rented P.A.'s and amps from Mission Music.

Two Shows: 7pm & 9:30pm. The group's stage equipment was sent to San Francisco from their show in Ontario, Canada the night before, in preparation for their dates at Winterland. On this night in Kansas City, they performed with rented P.A.'s and amps from Mission Music. Support Acts: Morningstar, Bartok’s Mountain Spokesmen, Blues Garden & Bill Zickos.

The Led Zeppelin rock group in concert for two performances last night at Memorial Hall, Kansas City… It is somewhat amazing though not surprising – that the Led Zeppelin sounded as good as they did, considering the circumstances.

They brought none of their own instruments, and were forced to use the instruments provided them by the promoters or borrow from other performers on the bill. The resulting sound was a tribute to their ability really, for the need to adapt to unfamiliar instruments forced them to improvise more than they no doubt desired.

The only flaws in their performance came as very slight signs of reluctance, or uneasiness, but were not numerous enough to detract from their tonal sound.

The equipment, it should be noted, was more than sufficient – it just was not theirs. A good part of the rock message lies in the ability of the musicians to relate through their particular media… or instruments can sometimes drastically hinder a musician’s ability to interpret.

Led Zeppelin, however, is made up of good and seasoned musicians who can overcome the limitations of their media, and for the most part that is what they did last night.

Jimmy Page seemed to outshine the rest, but not to the point of making the group top heavy. He was most adept in the number I Can’t Quit You Baby.

Using a violin bow at times on his guitar, he was able to achieve an electrifying cello-like sound, especially in the lower-middle ranges.

It is a shame Led Zeppelin couldn’t attain their usual level of quality. The absence of the P.A., echo or lag equipment was noticeable and unfortunate. 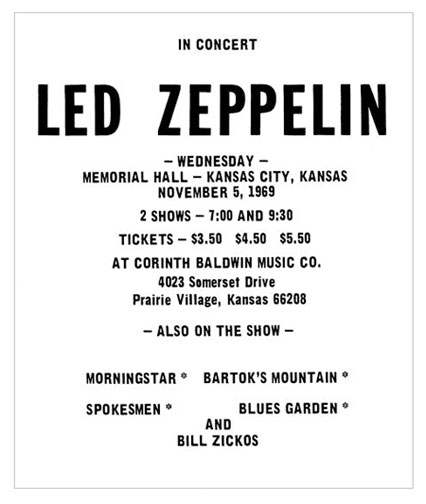 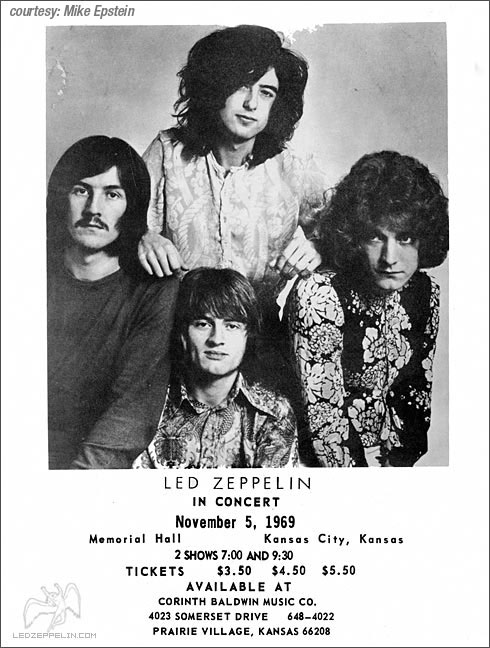 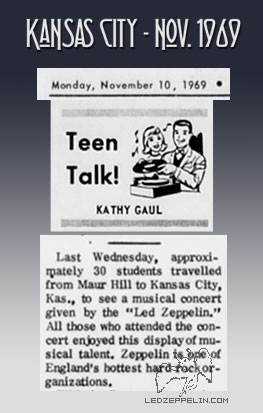 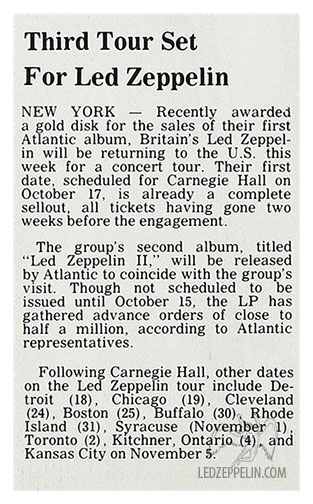 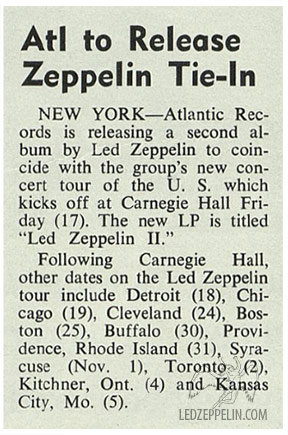