[Google Translation] That a small ten thousand pop lovers wanted to compete for the concert of, for example, NLG 12.50 in the old Amsterdam RAI for the concert, the English band Led Zeppelin clearly demonstrated the need for "heavy rock", a category in the current pop music in which the blues and rock and roll music is performed with the help of hefty electronic sound equipment The English group The Who has made this pop music, also 'strongly focused on the body, very popular.' Almost four years ago Led Zeppelin, with its own version of this style, was successful, thanks in particular to the exceptional talents of the yeast arist Jimmy Page, who struck the group around the world, and their popularity in the Netherlands was underlined once again in the old RAI on Saturday evening. floor packed in festival mood, while the side paths near the stage were filled with thick rows standing hearers. The concert, announced by organizer Lou van Rees, very original as "Gala of the Year", consisted of a non-stop performance of two and a half hours from the group itself, which can be called unique in pop "and unusual performance. through the perfect alignment and timing, in which no weak moment could be seen or heard.

The Zeppelin, who was still working in the same occupation from the start, turned out to have a very colorful repertoire. in which attractive blues melodies were played with unenhanced stringed instruments. Relaxing on wooden chairs, (a la Crosby, Stills, Nash and Young) they made sounds, also ir, temperate atmospheres, convincing. The hall was under a puff and a sip under the watchful eye of singer Robert Plant. Only during the second stage of the gig did the group switch over to the 4500 watt strong sound system. To see a Led Zeppelin working at full strength is fascinating and exciting spectacle. Especially thanks to the hyper-sensual acting singer Robert Plant and the no less theatrical with the body to the guitar winding Jimmy Page ran theater, music and top sport into each other. Especially the twenty-minute drum solo of the burly John Bonham seemed more like a karate exercise due to his never-failing, dull popping. The subdued John Paul Jones behaved like a dignified bass player, knew his modest place, but gave it the overpowering, tight pace.

Led Zeppelin in the old RAI in Amsterdam, with his right Jimmy Page. [Handelsblad / 5/29/720 |  by PETER DE VRIES AMSTERDAM] 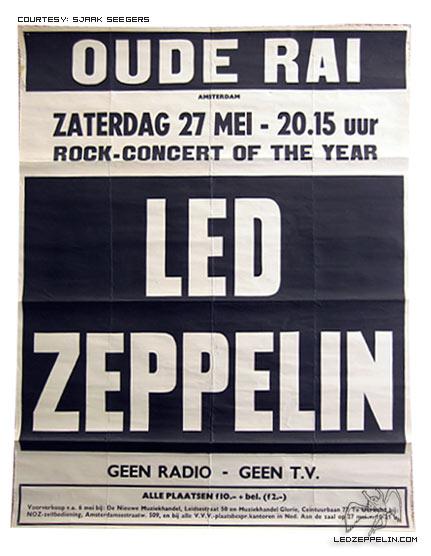 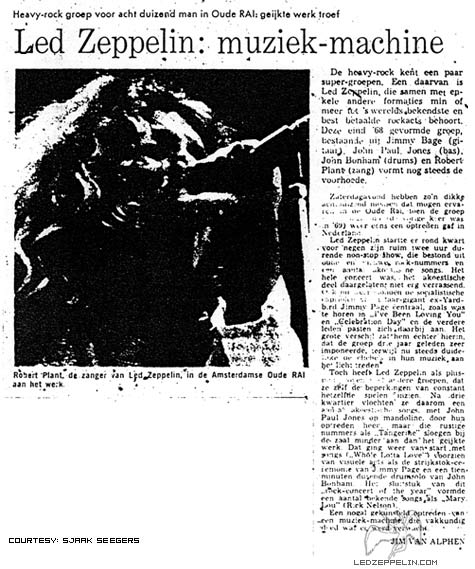 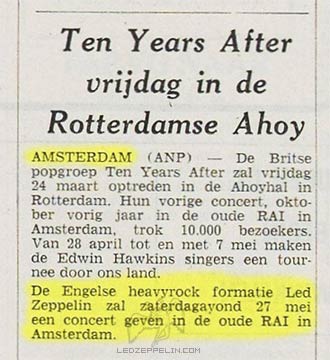 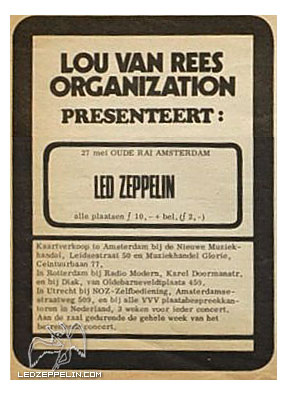 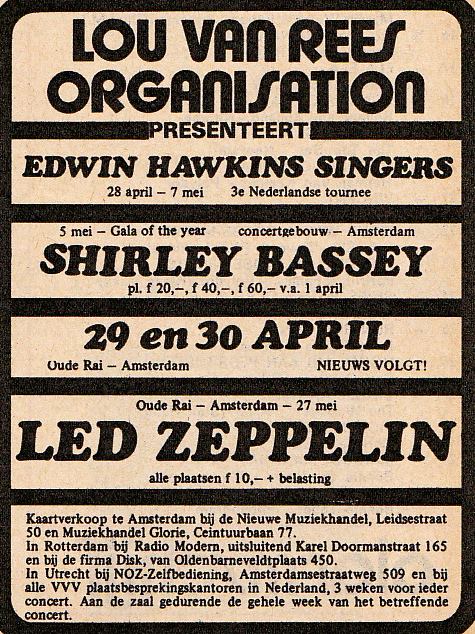 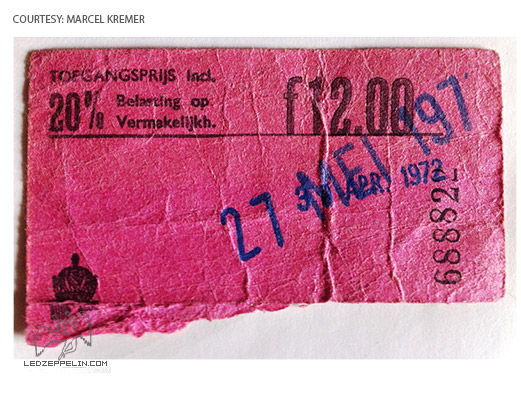 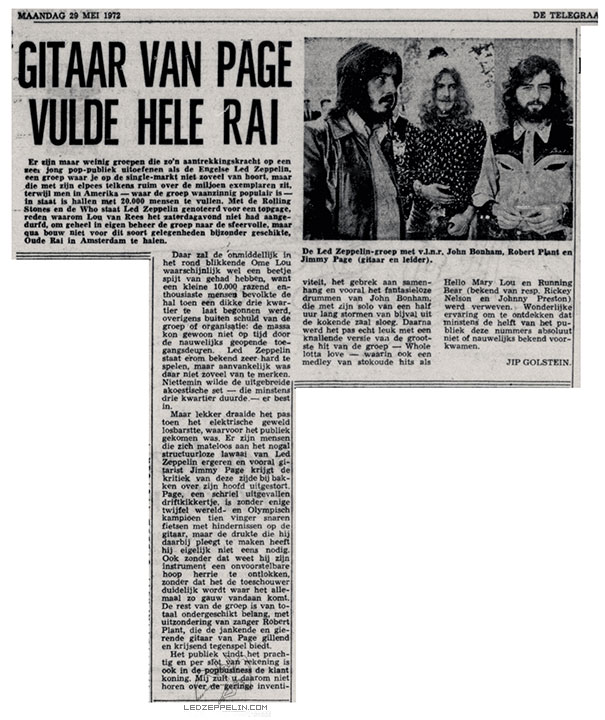