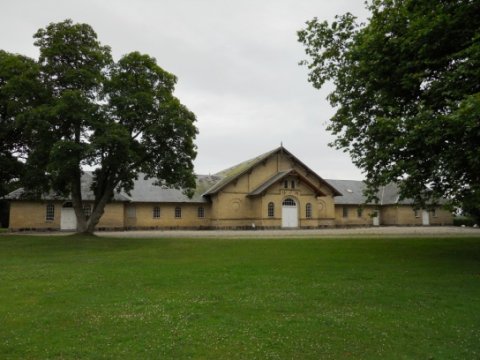 Since 1940, this riding stables formed the setting for numerous events. It was very spacious and flexible and had a central location in Central Lolland. The enterprising restaurateurs (Balck E. Sorensen, George Norman, and from March 1966 Per Rasmussen) did Reventlow park to the site of the great pop and rock events in the region. Beginning on October 11 1964 started the popular events every Sunday afternoon. (Excluding the summer holidays).
At the beginning, parents were admitted for half price. It was a clever measure because they often had drivers for the young pop fans. Gradually streamed youth to thousands, and there were inserted popbusser from and return to most towns in the region. For several seasons was "park" Lolland-Falster poptempel. (courtesy: lf-rock.dk/reventlowparken)